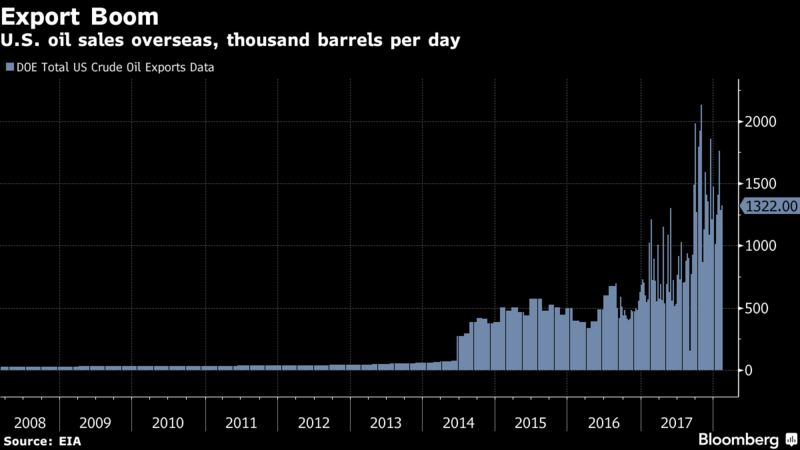 Crude Oil prices might fall in the medium term, according to our technical and fundamental analysis. A target in the medium term might be $57 per barrel where is Fibo 61 on the daily chart.
According to a weekly report from General Electric's Baker Hughes unit, the U.S. oil rig count, an indicator of future production, rose by seven to 798, its highest since April 2015. That marked the first time since June that drillers added rigs for four consecutive weeks. The figure was well up on the 597 rigs that were active a year earlier as energy companies have boosted spending since mid-2016 when crude prices began recovering from a crash.
Surging U.S. production is offsetting efforts by the Organization of the Petroleum Exporting Countries (OPEC) and some other producers including Russia to curb production by 1.8 million barrels per day (bpd) until the end of 2018.
Washington lifted a 40-year ban on most oil exports in late 2015, reshaping the world’s energy map as U.S. crude was shipped to countries like Switzerland, China, Israel and the United Arab Emirates. China and other Asian nations have become big buyers. 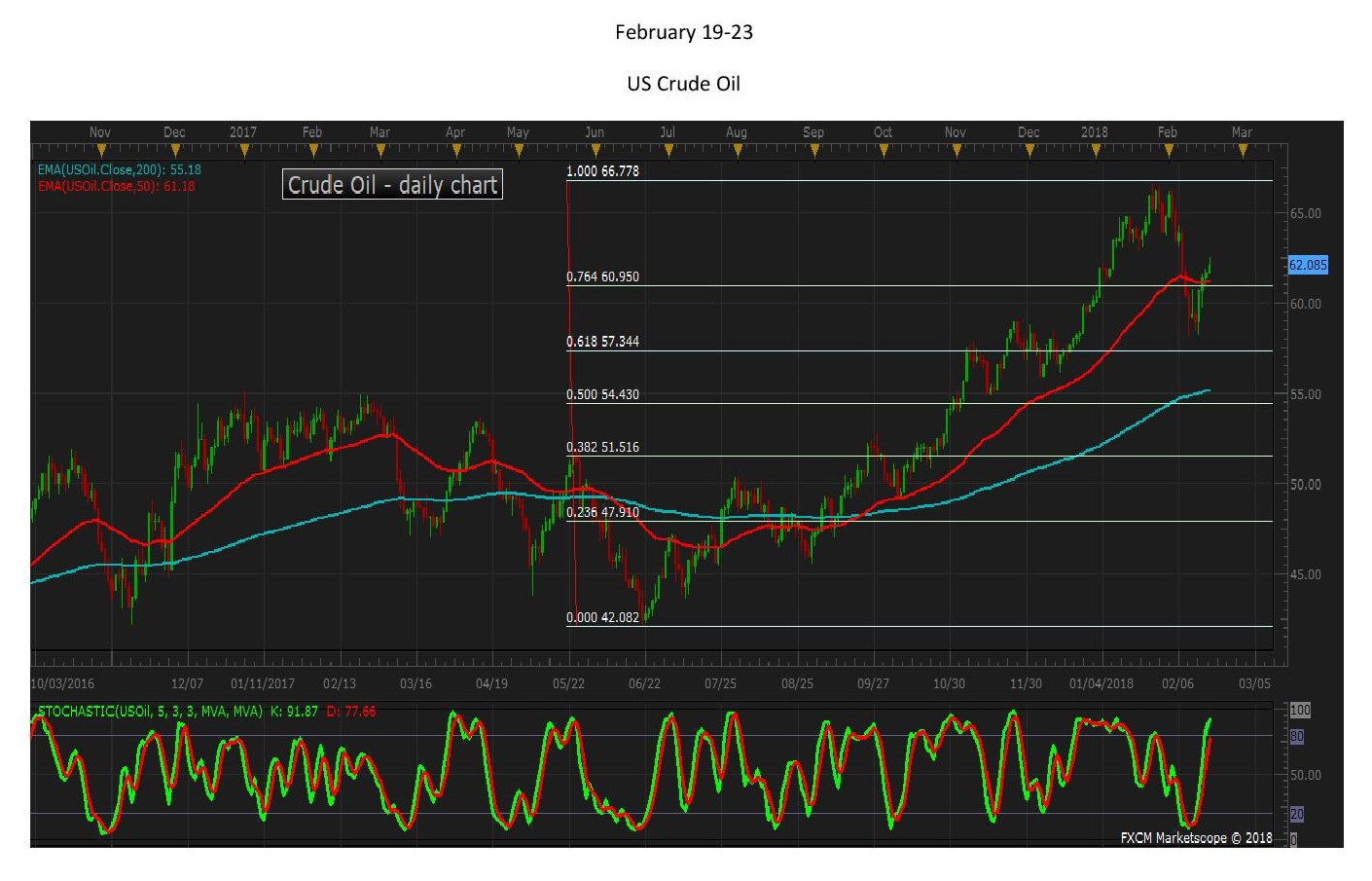