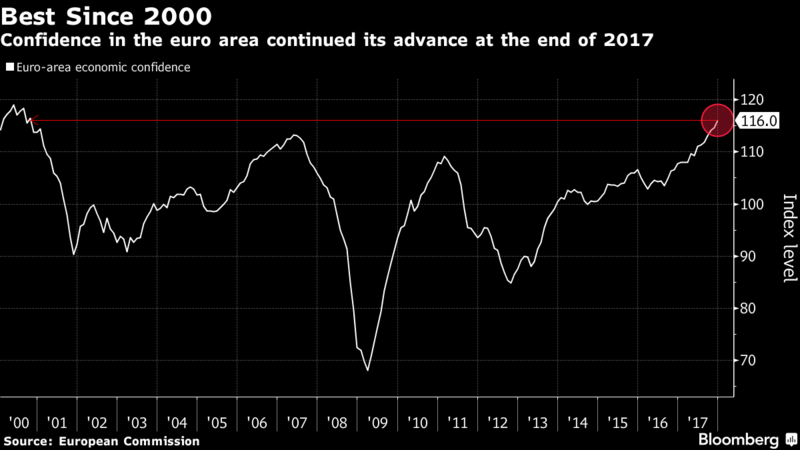 The CAC 40 index rose above 30% in the last year based on good news from Europe. According to the most analysts, the CAC 40 index will continue to grow this year around 15%. Confidence in the euro area continued its advance at the end of 2017, capping what was probably the strongest year for the economy in a decade.
French consumer confidence rose to 105 in December from 103 in November, beating analyst forecasts. European Consumer Confidence Index rose to 116 in December, above the median forecast of 114.8 in a Bloomberg survey and was based on an improvement in the outlook for industry and services. Despite the European Central Bank’s (ECB) negative interest rates and asset purchases worth 2.3 trillion euros ($2.8 trillion) so far, inflation has been slow to stage a convincing return, remaining below the bank’s goal. Mario Draghi, the President of the ECB has said strong cyclical momentum and reduced slack has increased confidence on the inflation outlook. Mario Draghi is made no commitments on what will happen after September.
According to Rebecca O’Keeffe, head of investment at Interactive Investor, european markets continue to make further gains, the global rally demonstrating how investors are embracing all things equity and risk related, basking in the euphoria of synchronous global growth. “Markets are seemingly immune to any possible downside, but the key risk that might ultimately bring markets down is inflation,” she added. 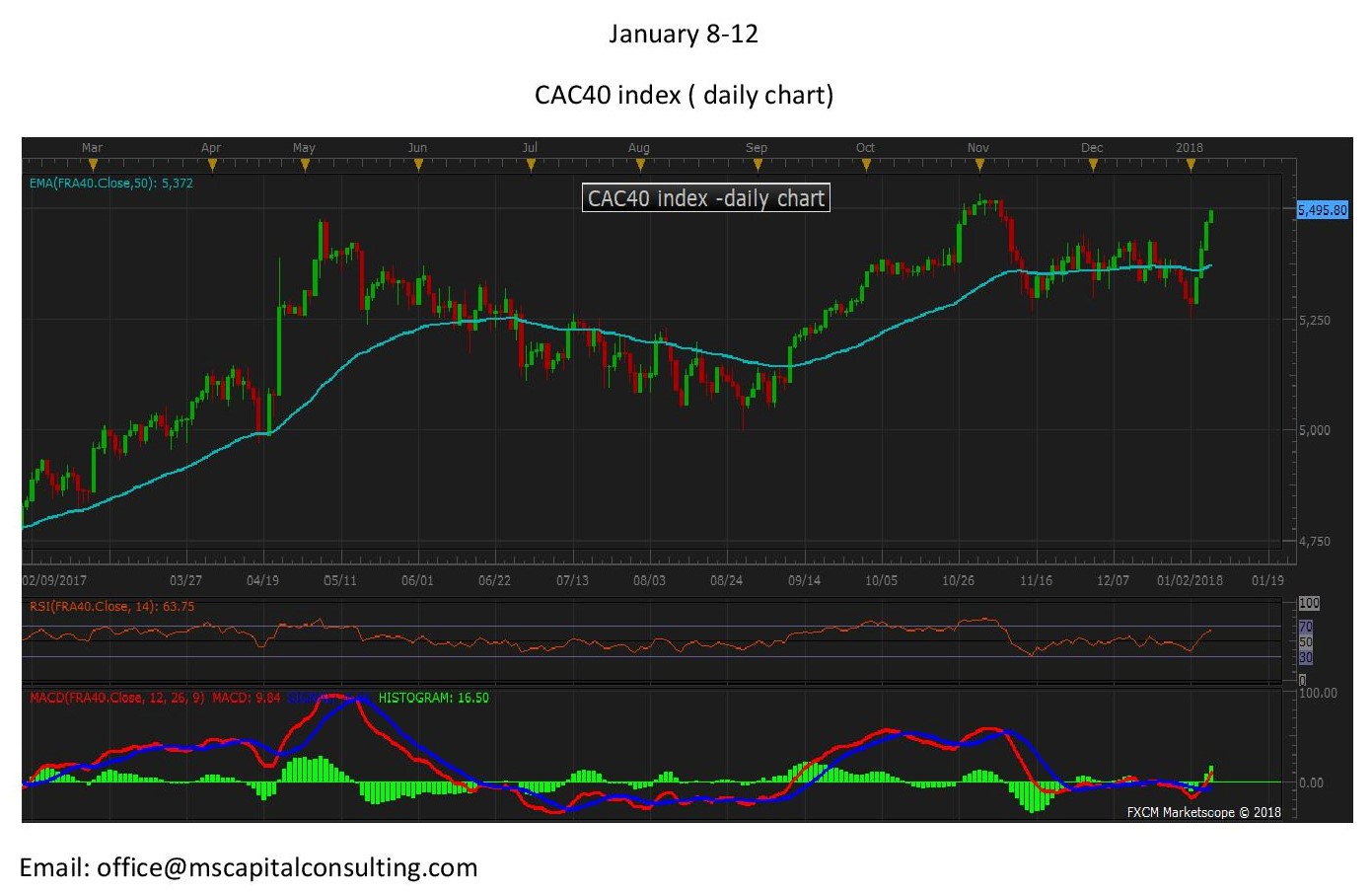