Economic growth and the drop in unemployment could exceed projections. The euro zone inflation may be lower than earlier thought in the coming years, the European Central Bank's Survey of Professional Forecasters showed last week. The survey, based on responses from 56 forecasters, sees inflation at 1.5 percent in 2017, 1.4 percent in 2018 and 1.6 percent in 2019, all 0.1 percentage point below previous projections made three months ago. The longer-term expectation for five years out was unchanged at 1.8 percent, at or just below the ECB's target of inflation 'close to but below' 2 percent.
Inflation need to catch up with the economic recovery
Mario Draghi said policy makers are still waiting for inflation to catch up with the economic recovery as they put off discussions on winding back stimulus until after the summer.“We are finally experiencing a robust recovery where we only have to wait for wages and prices to follow course,” the European Central Bank president told reporters recently at a news conference in Frankfurt.“We need to be persistent and patient and prudent, because we’re not there yet.” “While the ongoing economic expansion provides confidence that inflation will gradually glide toward levels in line with the inflation aim, it has yet to translate into stronger inflation dynamics,” Draghi said. “A very substantial degree of monetary accommodation is still needed for underlying inflation pressures to gradually build up.”
The first official decision might be in September
Economists predict the first official decision on the future of the policy path will be announced in September, when the Governing Council next meets and publishes new projections. ECB staff are studying various options for how bond-buying might eventually be wound down, according to euro-area officials familiar with the matter. Officials will reassess their stimulus in the fall, when they have “more information than we have today,” Draghi said. The current program of purchases is set to expire at the end of the year. 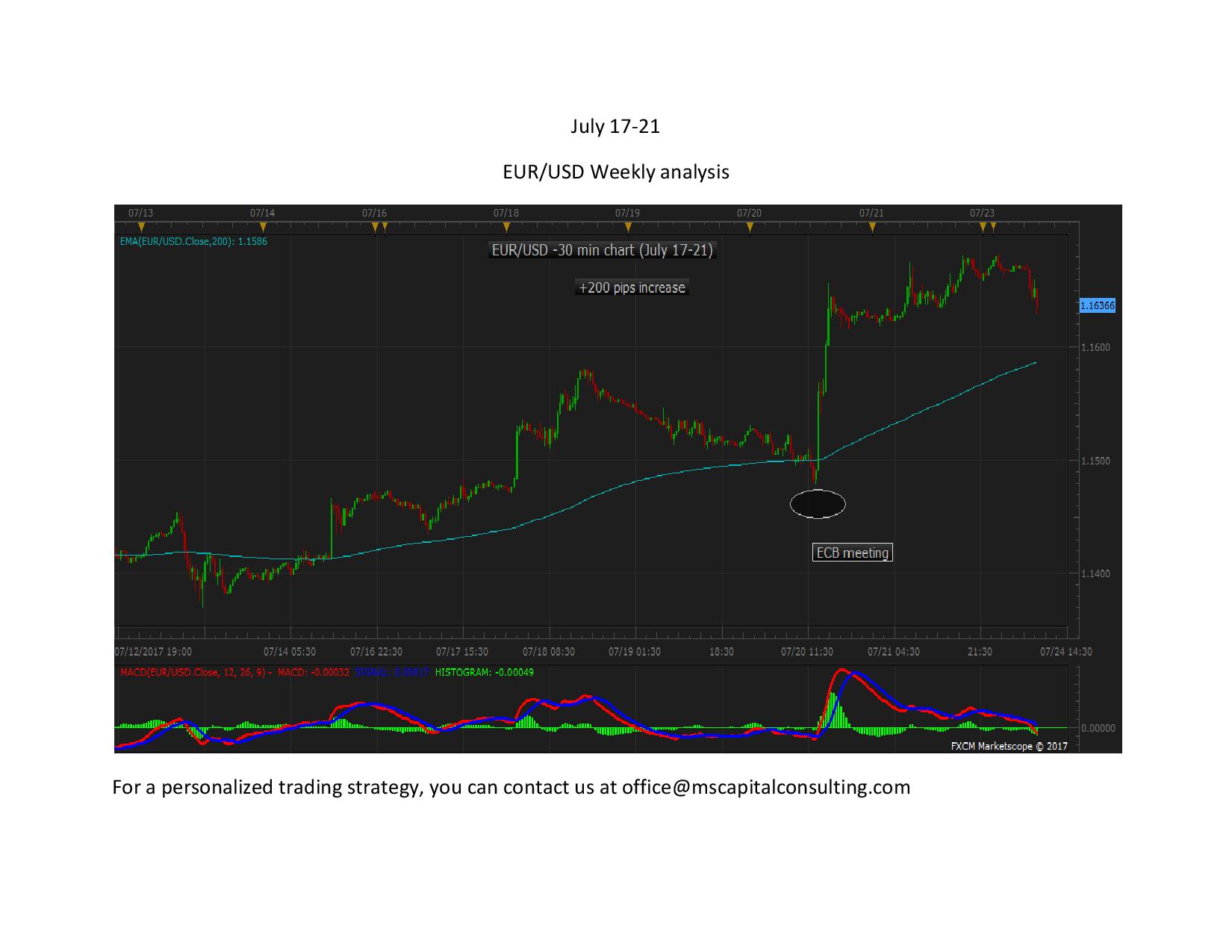