The AUD/USD currency pair increased around 200 pips last week. The U.S. Consumer Price Index was forecast to rise 0.2 percent in June, after edging up 0.1 percent a month earlier. U.S. consumer prices were unchanged in June as the cost of gasoline and mobile phone services declined further, pointing to benign inflation that could cast doubts on the Federal Reserve's ability to increase interest rates for a third time this year.
Inflation increased in Australia
Inflation expectations in Australia increased in July, according to the survey data from the Melbourne Institute. This is another reason for AUD increase.The expected inflation rate over the next twelve months rose by 0.8 percentage points to 4.4 percent in July from 3.6 percent in June. In June, the weighted proportion of respondents expecting the inflation rate to fall within the 0-5 percent range decreased by 3.6 percentage points to 66.4 percent.
Fed might begin its $4.5 trillion bond portfolio
In prepared remarks to Congress, Fed Chair Janet Yellen said the central bank likely will begin its $4.5 trillion bond portfolio this year. The portfolio, known as the Fed balance sheet, grew as the central bank sought to rescue the economy from the Great Recession. Yellen gave no clear indication about the future course of interest rate hikes. She said that the bond portfolio, or balance sheet, eventually will be "appreciably below" its current level. Last month, central bank officials unveiled their plan for slowly reducing reserves by phasing out reinvestments. 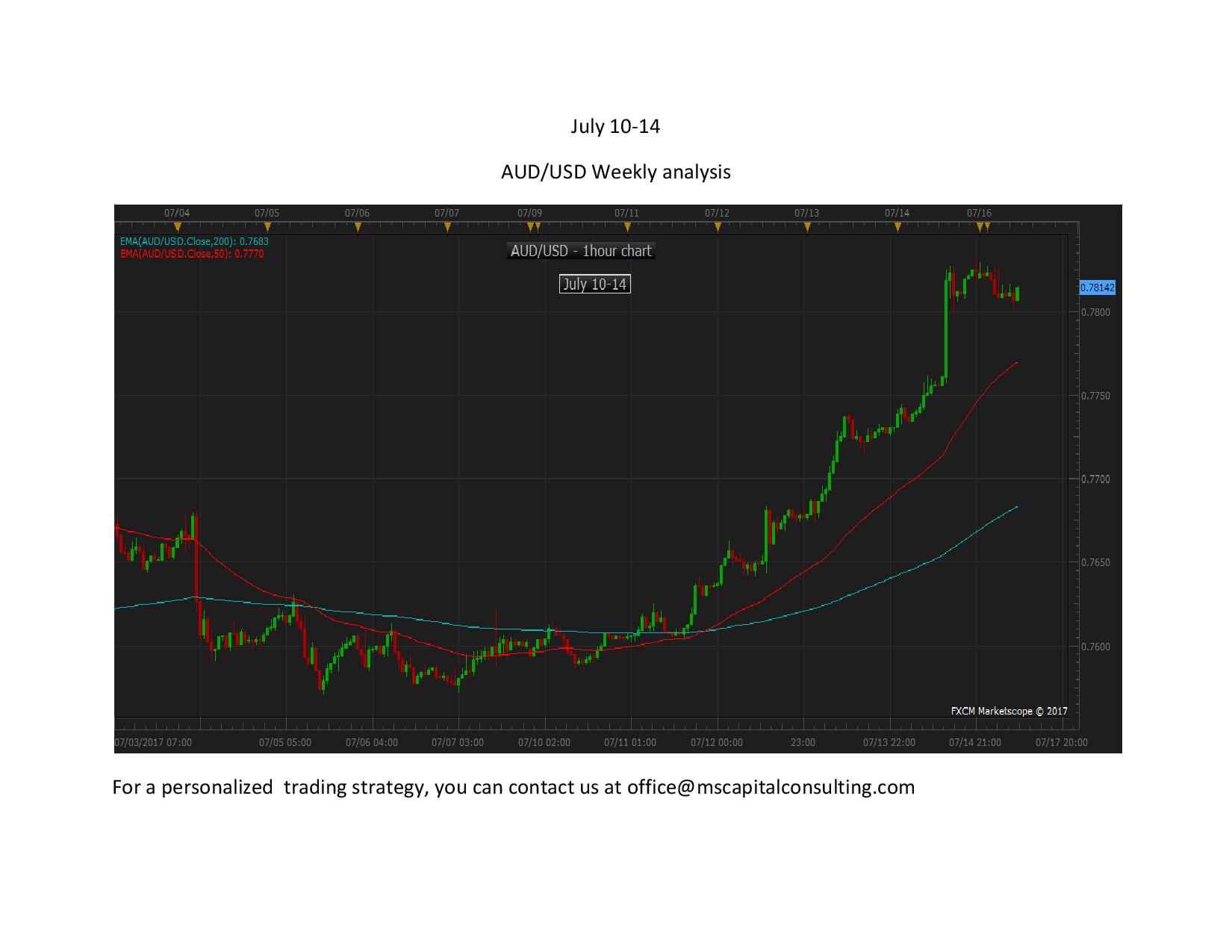