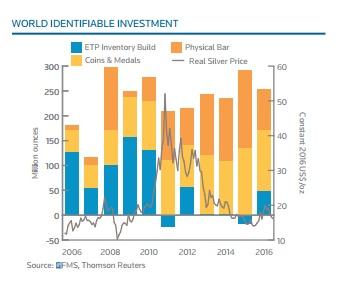 Silver is oversold, according to the daily chart. However on the weekly chart a lower level is more likely. The Federal Reserve wants to raise rates this year and the demand for USD will increase. As a consequence, the volatility of the precious metals will be higher, because the demand for precious metals, including Silver, decreases.

According the Silver Institute, the silver market is in deficit, but less than in 2015, and due to a reduction in supply rather than an increase in demand.