Index fund offers a low-cost, diversified approach to bond investing, providing broad exposure to U.S. investment-grade bonds with maturities from one to five years. Reflecting this goal, the fund invests about 30% of assets in corporate bonds and 70% in U.S. government bonds within that maturity range. A key risk of the fund is the fact that changes in interest rates can eventually lead to a decrease in income for the fund. Investors with a short-term savings goal who are willing to accept some price movement may wish to consider this fund. 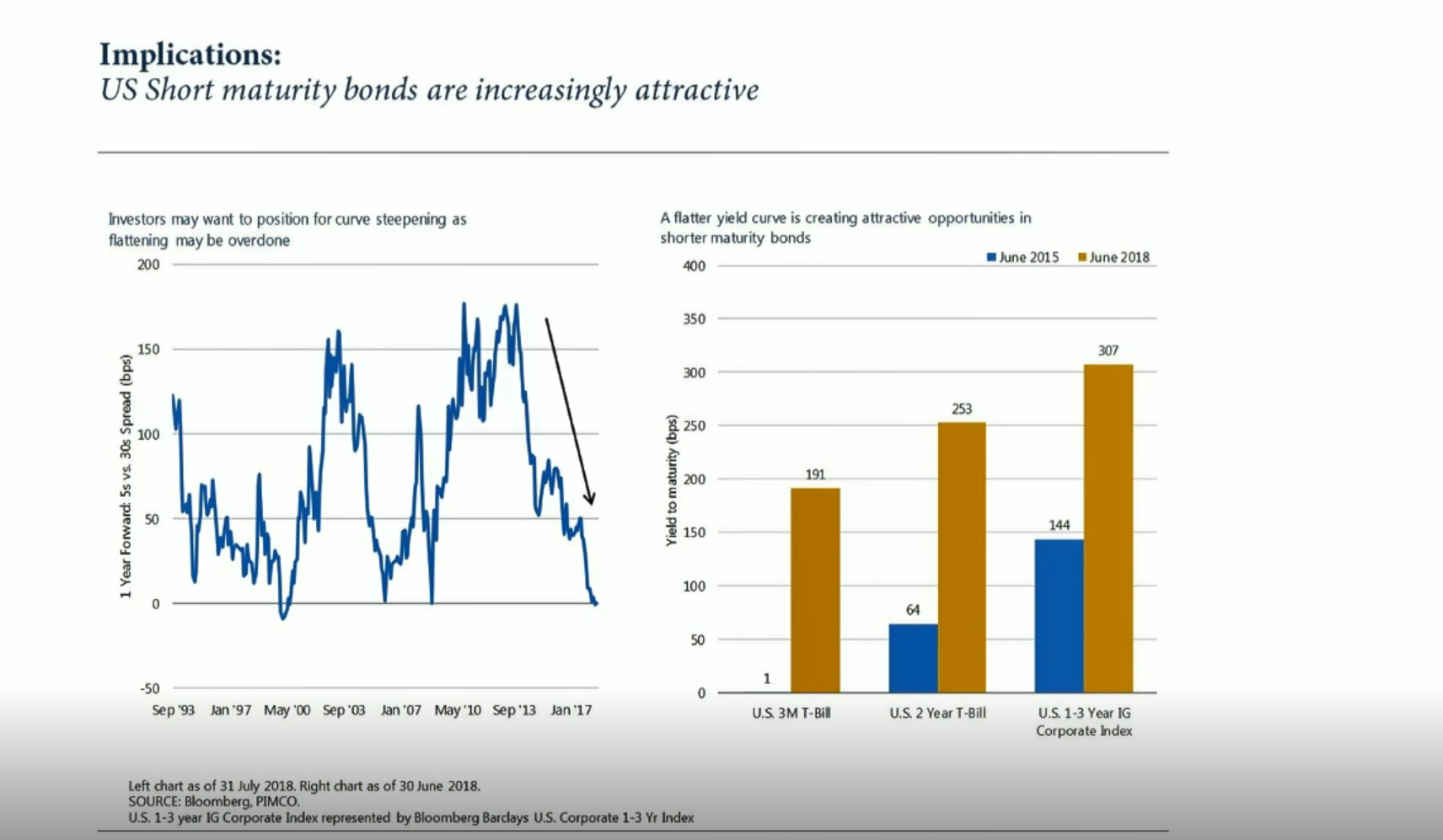 Information ratio (IR) measures the return of a portfolio adjusted for risk by dividing the portfolio’s excess return versus a benchmark by the tracking error. Information coefficient (IC) is the average correlation between forecasts and outcomes. And breadth (BR) is the number of independent opportunities for investments that offer excess returns over a period. Breadth tends to be related to the dispersion of asset returns.

Two essential themes for investors come out of a discussion of skill and opportunity sets. First, it is crucial to think about your source of edge and to align your organization’s process to serve that end. Second, a big part of winning is finding a game that allows you to show your skill.

But all the skill in the world is useless if there is no opportunity. There are a few ways this can happen. First, a skillful participant does not get to play the game, a result of capital or other constraints. Second, the cost to play may be too high due to arbitrage costs. Finally, skill is obscured if the opportunity does not offer differentiated payoffs.

To quantify opportunity, we look at dispersion. Dispersion measures the range of returns for a group of stocks. Generating a return in excess of the benchmark is really hard if the gains or losses in the underlying stocks are all very similar to those of the benchmark. On the other hand, there is a bountiful opportunity to pick the winners, avoid the losers and create a portfolio that meaningfully beats the benchmark if the dispersion of the constituent stocks is high. Research shows that dispersion is a reasonable proxy for breadth and that the results for skillful mutual fund managers are better when dispersion is high. 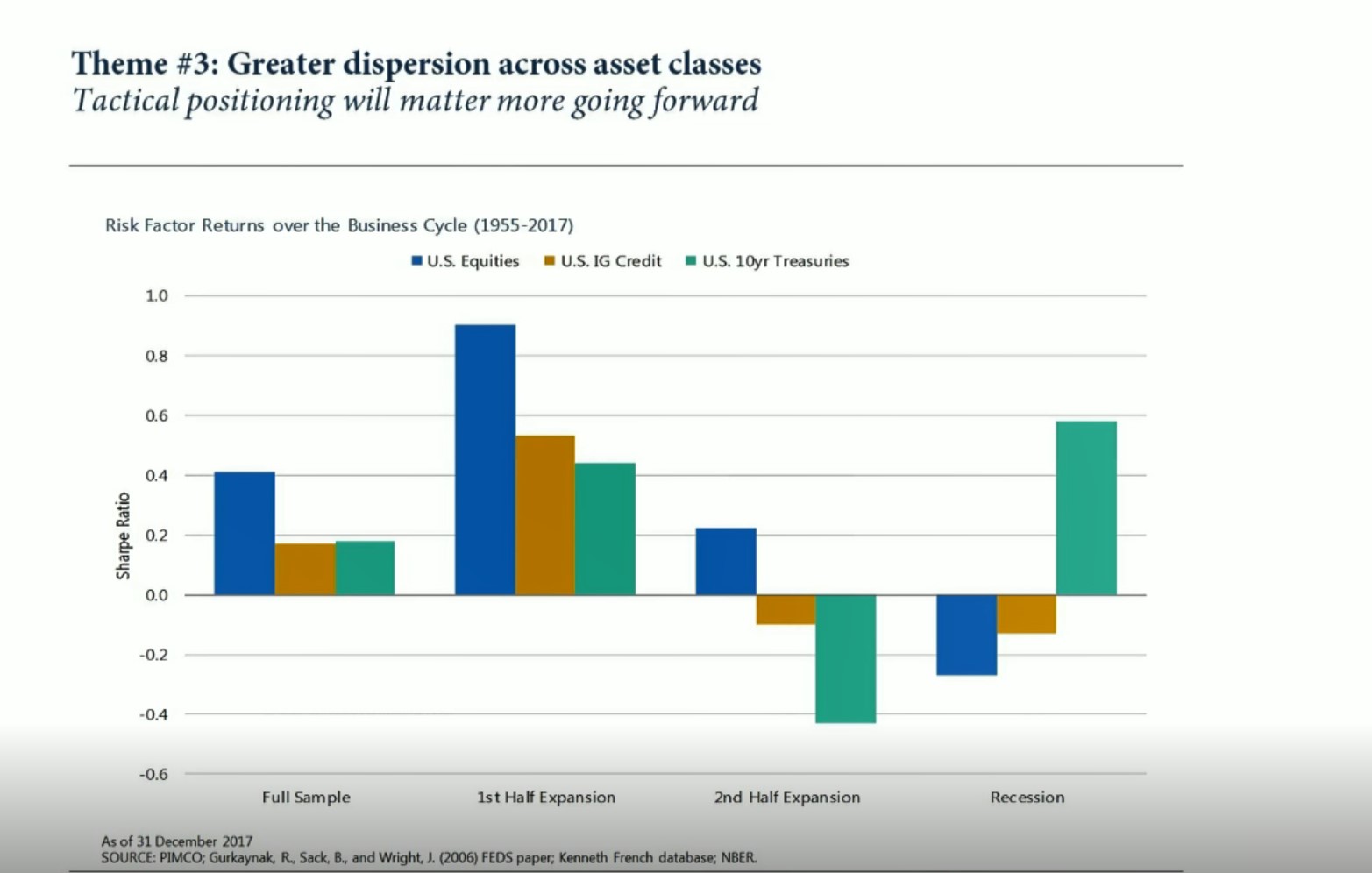 These dynamics feed into our near-term outlook for inflation. We expect a modest acceleration in U.S. core CPI to about 2.5% over the next several months as companies increasingly pass on the costs of tariffs to consumers, before tailing off toward 2.2% at the end of 2020. Monetary policy and potential fiscal policy should also bolster inflation expectations. The Fed is still more worried about slowing economic growth than overheating. We think the Fed is unlikely to shift toward another tightening cycle anytime soon, even if the economic data and inflation surprise to the upside. 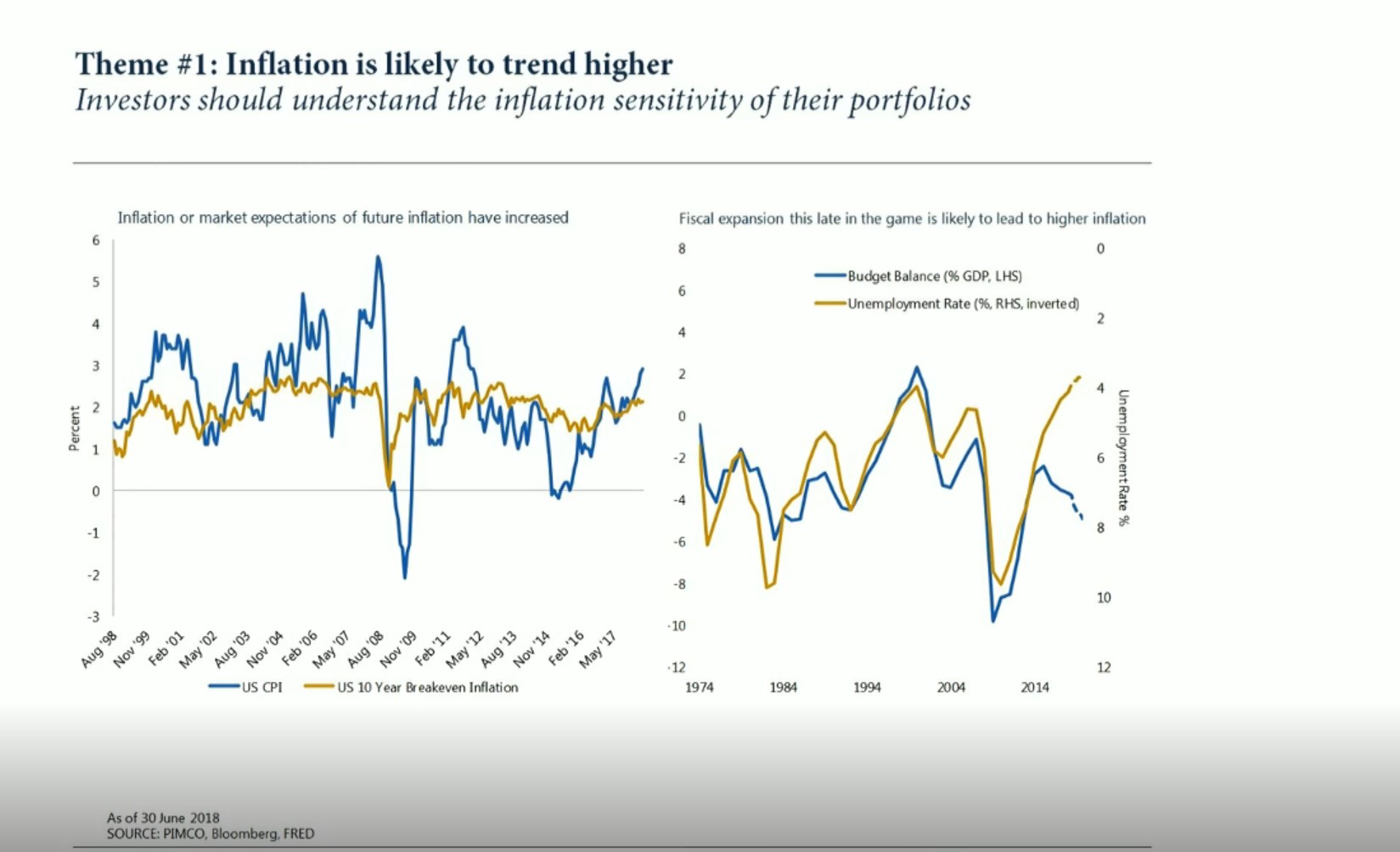 We expect the U.S. economy to experience a sharp recession in the first half of 2020 as widespread nonessential business closures necessary to slow the spread of COVID-19 curtail U.S. activity with unprecedented speed and severity. Our expectation for a peak-to-trough contraction of around 10% in quarterly GDP (not annualized) is significantly larger than the roughly 4% peak-to-trough decline during the global financial crisis in 2008. However, we also expect the contraction to be shorter, as quarantines are eventually relaxed and monetary and fiscal policy stimulus supports the economy – with a lag. Alongside this sharp contraction, we look for the U.S. unemployment rate to almost reach 20% before moderating back to between 6%–7% by year-end

Forecast for a rebound in the second half of 2020 is based in part on the expected gradual easing of the pandemic and reopening of the economy, but perhaps more importantly on the unprecedented speed and size of U.S. policymakers’ economic response. In addition to cutting the policy rate to zero and restarting large-scale purchases of U.S. Treasuries and mortgage-backed securities (MBS), the Federal Reserve has steadily rolled out programs aimed at reducing financial market stress and maintaining the flow of credit to households and businesses. Congress also worked quickly to pass a record $2.2 trillion dollar stimulus package, which includes 6% of GDP in spending to directly support individuals and businesses. Further fiscal stimulus is likely to be passed in the next few months.

Despite unprecedented efforts by policymakers, we still see clear downside risks to the forecasts. First, uncertainty about the spread of the coronavirus remains high. A second wave of cases or a slower path to reopening the economy would prolong the economic pain. Second, while policymakers have been quick to react to worsening economic conditions, any delays in dispersing funds throughout the economy raise the risk that bankruptcies lead to longer-term economic damage. 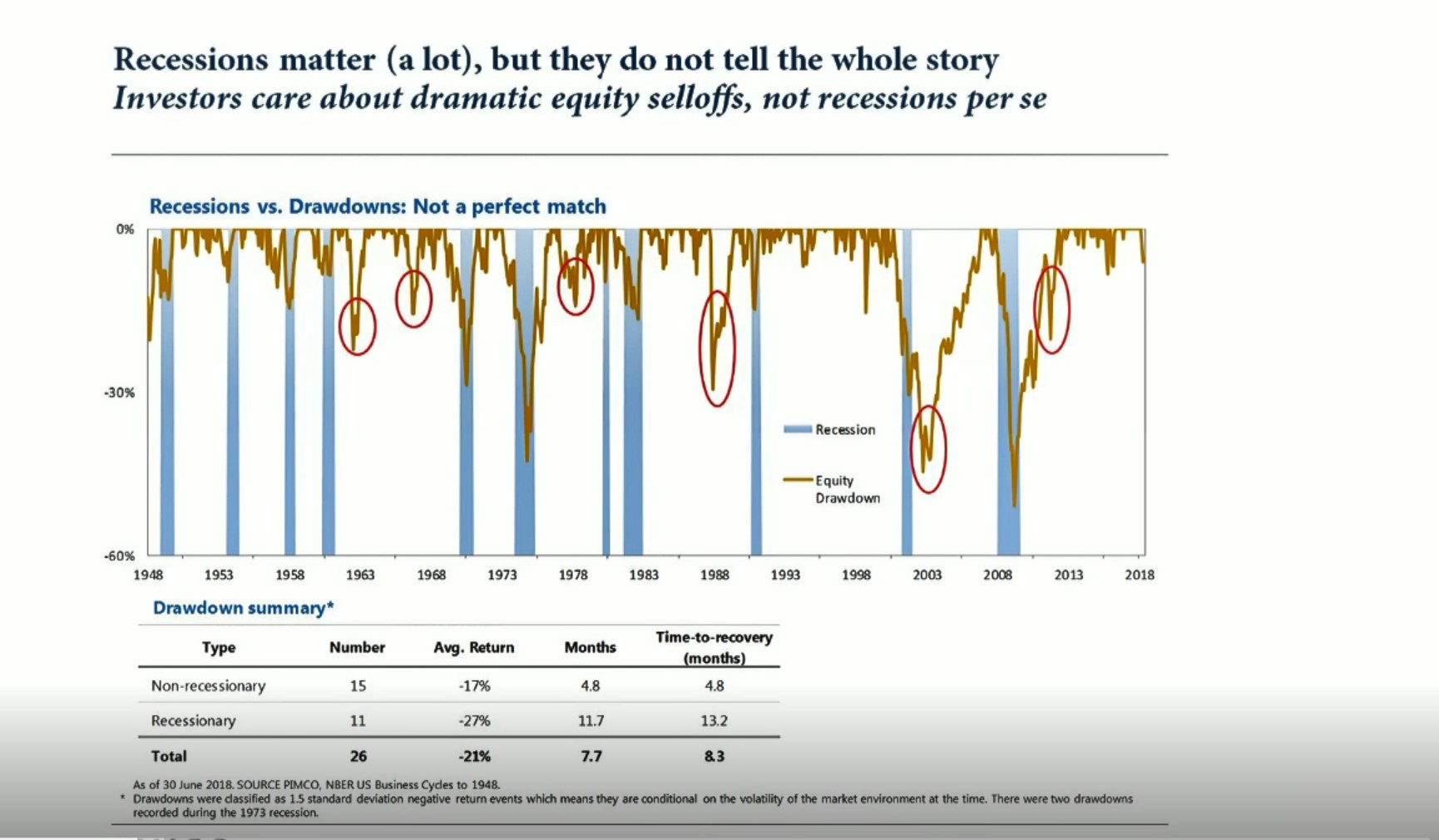 What is intriguing, however, is that the correlation between equities and bonds was positive, at 0.4, measured over the same period as the recession, using daily data. How is this possible? Simply put, bonds tended to be above their (positive) trend at the same time equities were above their (negative) trend, and vice versa. If investors had relied only on the correlation measure, they may have erroneously inferred that bonds and equities both performed poorly during the 1970 recession.

nvestors should care less about how the returns of assets deviate from their trends and more about the trends themselves – particularly when we are considering how bonds will perform in an equity market drawdown or in recessionary periods. 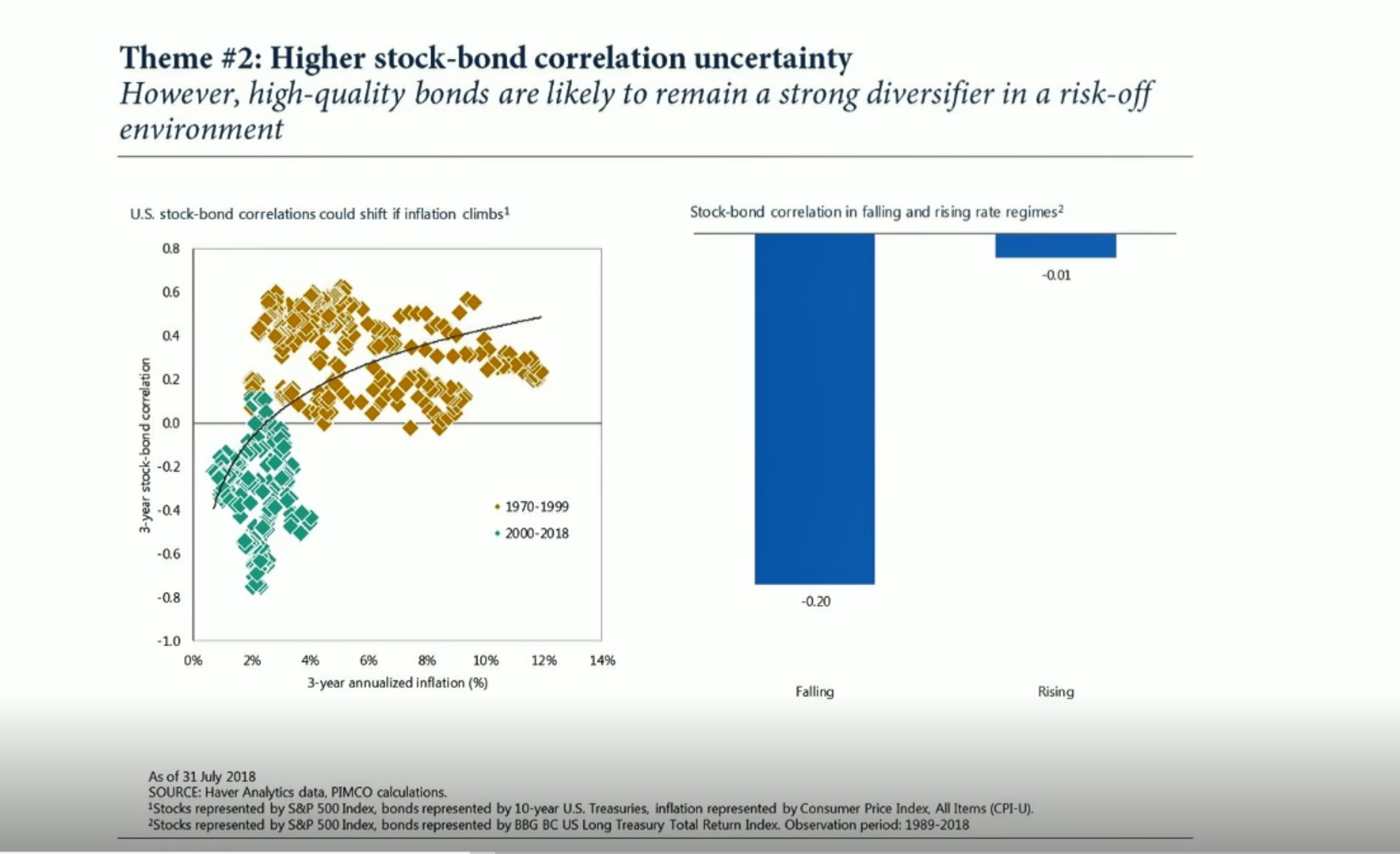 With roughly six months to go until the US expansion becomes the longest on record, there has been growing concern that the global economy more broadly is running on late-cycle fumes.Lofty valuations, soaring profit margins, a flattening yield curve and a Federal Reserve tightening in the face of inflationary pressures — especially as the sugar high of fiscal stimulus appears to be wearing off — make an easy narrative. So much so that most analysts are already baking in the next recession. 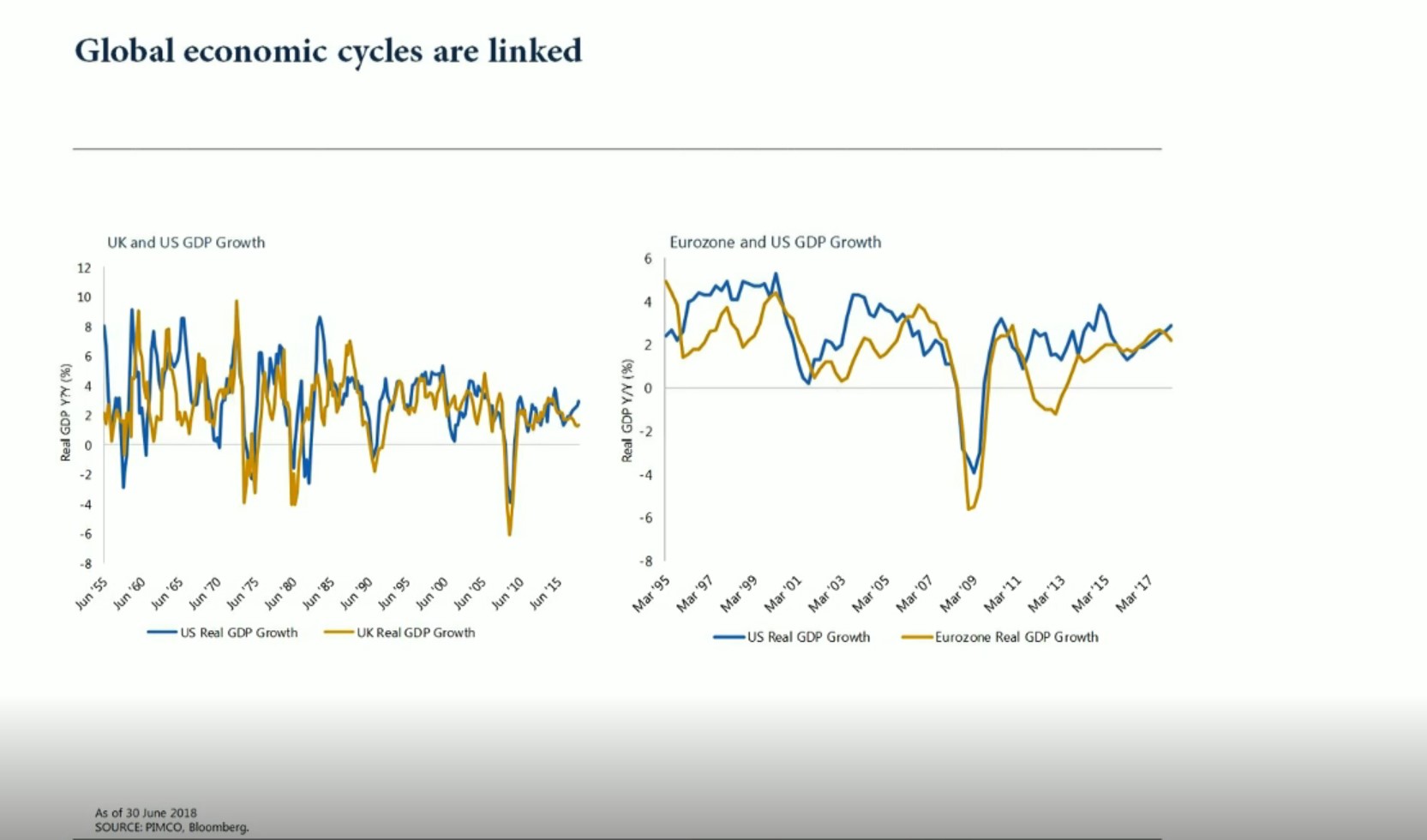